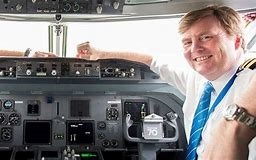 For twenty-one years KLM passengers were oblivious to their first officer’s identity. Two years’ ago, King Willem-Alexander revealed his second job. At the time, he was flying the Fokker 70 for Cityhopper. With the phasing out of that aircraft, His Majesty converted to the 737.

In the interview, he described flying as relaxation from the pressures of royal duties. A few passengers spot him in the terminal or on board. As it's not customary to give his name during cabin announcements, he often remains anonymous. He quipped that most passengers don’t listen anyway!

The internet only documents a flight from Amsterdam to Istanbul in November 2018. Passengers recognised him as they boarded. Next time you’re flying short haul with KLM on the 737, take a sneaky look on the flightdeck. You never know who may be occupying the right-hand seat… 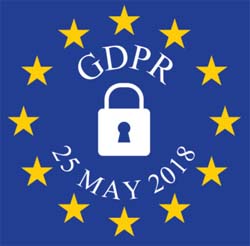 At The Plane Spotters Community keeping your personal information safe and secure is our top priority.
Our website is protected using the standard SSL certificate (Shown as https on the website address) and hosted on Siteground who adhere to GDPR standards.

Your personal information is an important part of our website as it allows us to communicate any news, features and updates to the website.
The data we hold does not contain any personal identifiable information of any member.

If you no longer want to be a member at The Plane Spotters Community please send an email to support@theplanespotterscommunity.co.uk requesting your membership removal including your username or click here to go to Help>Support once logged in

If you are happy to continue your membership with The Plane Spotters Community you do not need to take any action.

Thanks for your support