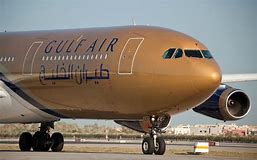 More information now available from around the world. Passenger loads will govern frequency. In no particular order or category:

Eastern Airways – from 22 June, MME-ABZ and BHD daily. From 6 July, MME-LCY and NQY. No mention of aircraft type

Ryanair – launching DUB-DUS and STN-DUS. Starting 1 July, will operate 26 new flights from DUS and STR; 4 new routes including DUS-BCN and STR-BCN. Former Lauda routes will continue to be operated by Lauda A320s until the end of summer

Norwegian – from 1 July resuming LGW-OSL and CPH 6xweek, EDI-OSL and CPH twice weekly. Will also operate 76 routes across Europe from their Scandinavian hubs, including Spain and Greece

Level Europe - ceased trading 18 June. Short-haul based at VIE, IAG-owned but not to be confused with Level.

South African Airways – deadline passed for rescue plan. No significant action since announcement that a “new” SAA would be formed. Likely to dispose of A340-300s and 600s when flights completed