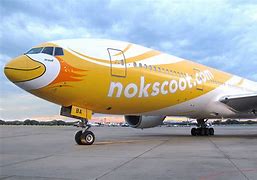 Again, in no particular order:

NokScoot – now in liquidation. Was joint venture between Thailand based Nok Air and Scoot from Singapore

ElAl – suspended operations until further notice, citing financial difficulties. It’s reported that the airline may be bought by a prominent Israeli businessman

EasyJet - could close bases at STN, NCL and SEG

Pakistan International (PIA) – all services to and from Europe suspended for six months from 1 July 2020. The European Aviation Safety Agency (EASA) took the action after publication of the preliminary investigators’ report into the recent crash. Also, EASA were unhappy with lack of progress addressing other safety reforms. UK CAA followed by banning PIA from UK airspace from the same date

Helvetic – taken delivery of the 1600th Embraer 190-E2. Although from the publicity photos, the stylised logo looks like 1500!