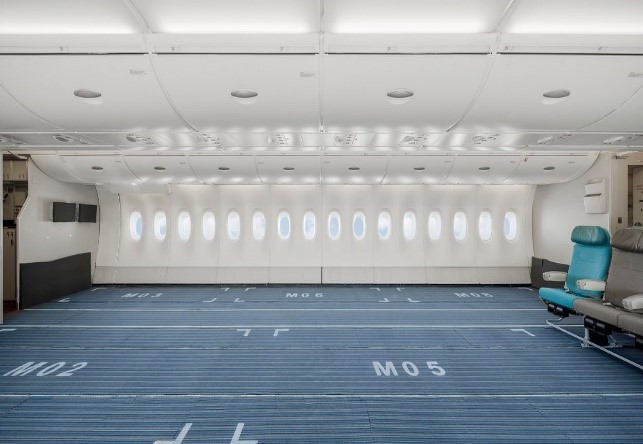 Who’s converted an A380 to carry freight?

On 10 July, it was revealed which airline had instigated this project with Lufthansa Technik.  The answer is HiFly, an ACMI/charter specialist with bases in Portugal and Malta.

Inside the ex-SIA A380 9H-MIP, 60 business class seats remain as do 12 first class including the suites. Around 399 economy class seats have been removed. The space created across the upper and lower decks, together with the belly hold, gives approximately 320m3 of space and a payload of up to 60 tonnes. Presumably to balance the aircraft, one third of cargo will be carried on the main deck, with two thirds on the upper. The overhead lockers also being utilised. As the saying goes, you could now hold a dance in there!

As previously reported, this aircraft recently completed flights from Tianjin to Montreal carrying PPE and other essential medical supplies relating to the Covid-19 pandemic. HiFly have confirmed the conversion is temporary. As passenger numbers increase worldwide, their A380 will revert to serving airlines during fleet maintenance or repatriation. Tracking is available via FlightRadar24 using its registration.

Airbus cancelled the A380-800(F) programme without receiving a single order, although a number of airlines expressed interest. There has also been wild speculation in the media that the A380 has become obsolete. Perhaps more of the existing operators will now see the potential in this aircraft.