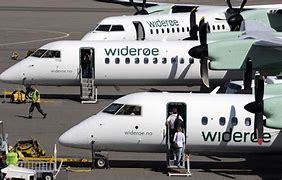 Again, in no particular order:

Widerøe – in March and April, tiny Norwegian airline became the busiest passenger carrier in Europe. Operating Dash 8 Q400 and E190 fleet. On 23 March had 178 departures, ahead of SAS on 170 and Lufthansa’s 143. Fast-forward to 29 April when Widerøe achieved 194, compared with SAS 91 and Lufthansa 125. The airline operates Public Service Obligation (PSO) routes to many remote communities

Qatar Airways – temporarily moved into LHR T5. After 8-year absence restarted DOH-CEB on 24 July. A380 fleet remains grounded for the time being, although airspace blockade has now been removed

EasyJet – started LTN-TIR on 24 July, after delay from 1 May

Air France – cutting more domestic routes from ORY under new policy of not competing with TGV. Strangely, the latest cancellation ORY-CFE not served so takes over 3 hours to reach Paris by rail!

Qantas – removed all international flights, except New Zealand, until March 2021. Now retired B747 fleet and placed all A380 in long-term storage

Aer Lingus Regional – to open base at BHD

Nepal Airlines – grounded two Xian MA60 and four Harbin Y12, citing them as a liability. There’s a suggestion of corruption and an inexperienced airline buying aircraft unsuitable for the terrain